For the last few months I have been researching Scottish war memorial design. It’s not exactly what I had in mind when I started researching women and design. Yet here we are and I must say it is a fascinating topic. The first World War has many heartbreaking stories associated with it; loved-ones bodies not being returned from the Front, families being torn apart and a tremendous public outpouring of grief followed. I recently attended a fantastic lecture at the University of Glasgow by David M. Lubin on World War One and plastic surgery. The following blog post is a very brief overview of Lubin’s lecture with a particular focus on Anna Coleman Ladd.

One element of the war which is particularly horrifying, and sometimes quite hard to comprehend are the injuries sustained by the men in the trenches. Unfortunately, your face became the main target when soldiers had to keep looking out over the trenches to figure out what was actually going on. 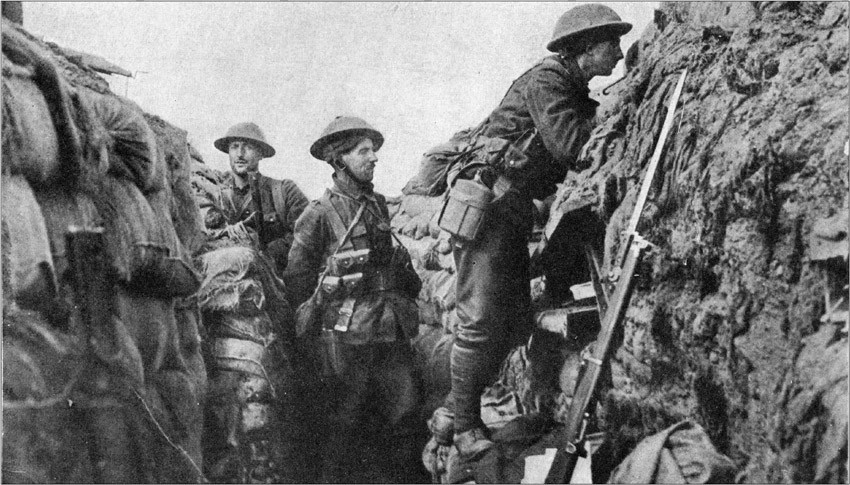 These horrific, open, gaping wounds caused by sniper fire physically marked them as society’s ghosts – alive but never truly fitting back into ‘civilised’ society.  The war returned husbands, sons, fathers and friends as monsters and outcasts. So much so, areas around hospitals in the UK dealing with patients with facial injuries painted resting benches in open spaces e.g. parks blue specifically for the patients to sit on.  Perhaps intended as a special privilege to the patients, the distinctive colour also acted as a warning to local residents that the men’s appearance may be distressing and frightening.

One woman who wished to actively do something to help these poor men was American writer and sculptor, Anna Coleman Ladds (1878 – 1939).  When surgeries and all other medical intervention failed – Anna and her design team stepped in. Ladd’s team consisted of French sculptor Jane Poupelet, American Diana Blair and two English sculptors, Louise Brent and Robert Vlerick. Ladd’s Studio for Portrait Masks was established by the American Red Cross in 1917 on the Left Bank, Paris and produced ninety-seven masks in eleven months. 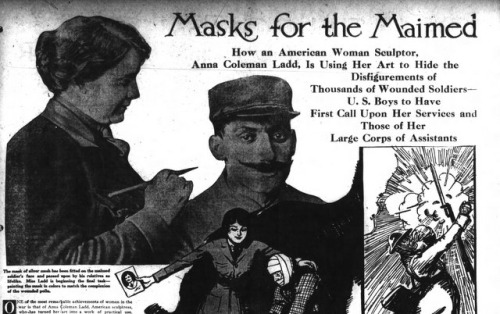 You can watch Ladd and her team at work here.  The footage shows the various stages of designing, casting and fitting the masks to the men’s faces.

To find out more about Anna Coleman Ladd you can delve into her archive which is held in the Smithsonian Archives of American Art.  Alternatively, you can buy David M. Lubin’s fantastic book Grand Illusions: American Art and the First World War.