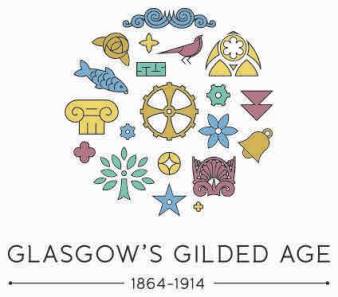 It’s all hands on deck here at the Glasgow’s Gilded Age Conference Headquarters, with less than a month to go now till the big day on May 8th, preparations have stepped up a gear and we have confirmed a fantastic line up of speakers.  Every one is an expert in their field and is passionate about the Gilded Age project, they have so many letters after their names it is bewildering, and we even have a Sir to round off the proceedings in the form of Cottier collector Sir Angus Grossart.  This isn’t just any old conference, oh no, its a conference with a difference!  From personalised lunch-bags to an organ recital, we hope that attendees will leave our magnificent venue, Cottiers Theatre, at the end of the day saying ‘Well that was brilliant fun!’.  You can buy your tickets by going to our website, www.glasgowsgildedage.org.uk, right now!

But back to the speakers, I will list their personal bios below, along with their topics so that you can get an idea of just what they will be talking about on the day.

Ranald MacInnes is Head of Heritage Management at Historic Scotland with responsibilities which include advising the Scottish Government on planning and historic environment issues. He began his career with English Heritage in the 1980s. He has a special interest in 20th-century architecture and planning. Ranald MacInness will be chairing the morning session of the conference.

Dr. David Mitchell: MSC IHBC ProfICME FSA Scot, Director of Conservation at Historic Scotland and Trustee of the Scottish Ironwork Foundation.  He will be discussing the importance of architectural ironwork production in Glasgow, perhaps the most important manufacturer the world has seen.

Prof. John Hume OBE, BSc ARCST, Hon FRIAS, FSA Scot; Chairman of the Royal Commission of Ancient and Historic Monuments, Patron of GCHT, and life-long supporter of Glasgow’s industrial and artistic heritage, will be speaking about the industries and the individuals who produced or commissioned art in Glasgow throughout the period.

Emily Malcolm is Curator of Transport & Technology at Glasgow Museums. She will be discussing her specialised work on Glasgow’s ship model collection.  She has researched widely in the use of ship models in shipbuilding on the Clyde and elsewhere.  Her talk focuses on the design and display aspects of ship models and their use in shipyards and exhibition halls from Chicago to Paris

Helena Britt is a lecturer within the Department of Fashion and Textiles at The Glasgow School of Art (GSA). She will be discussing one are of her research activities, Interwoven Connections: The Stoddard Templeton Design Studio and Design Library, 1843-2005.  Her talk will look at the designers within Glasgow’s famous Templeton Factory.

Dr. Robyne Erica Calvert: As the Mackintosh Research Fellow, Dr Robyne Erica Calvert is charged with fostering innovative research projects arising from the reconstruction of the Mackintosh Building. She was previously a lecturer in history and theory (HAUS and FoCI) at GSA, and is also a visiting lecturer in art and design history at the University of Glasgow.  She will be setting the aesthetic scene for us on the day, introducing us to the wider artistic context of the period.

Dr. Peter Burman: Dr. Peter Burman is an architectural historian who has been studying Webb for many years, organised the only conference ever held on Webb and his work, and has produced two major articles on him with more in preparation. Peter Burman will be chairing the afternoon session.

Max Donnelly, Curator of 19th-Century Furniture at the V&A Museum. A contributor to several scholarly journals, his article on Vincent van Gogh and Daniel Cottier was published in The Burlington Magazine (September 2011).  His lecture is tantalisingly entitled, Gilding the lily: Daniel Cottier and the Aesthetic interior, and he will be discussing Cottiers formative years in Scotland and the furniture we still have from this gilded age.

Ian Gow was appointed Curator of the National Trust for Scotland in 1998. He had previously been Curator of Architectural Collections at the Royal Commission on the Ancient and Historical Monuments of Scotland.  He will be discussing the renovation and conservation of the painted interiors of Holmwood House on the outskirts of glasgow, a building thought of as Alexander ‘Greek’ Thomson’s domestic masterpiece.

Now get buying those tickets!